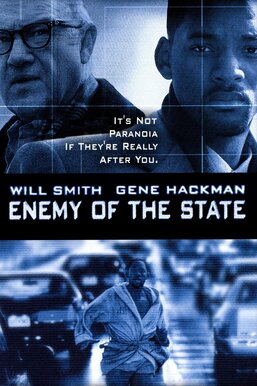 Corrupt National Security Agency official Thomas Reynolds (Jon Voight) has a congressman assassinated to assure the passage of expansive new surveillance legislation. When a videotape of the murder ends up in the hands of Robert Clayton Dean (Will Smith), a labor lawyer and dedicated family man, he is framed for murder. With the help of ex-intelligence agent Edward "Brill" Lyle (Gene Hackman), Dean attempts to throw Reynolds off his trail and prove his innocence.