A thief and a drifter team up with the thief's old partners for a repeat robbery. 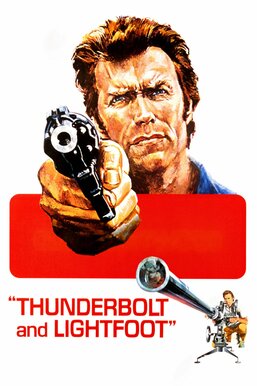 While stealing a car, free-spirited drifter Lightfoot (Jeff Bridges) crosses paths with legendary thief Thunderbolt (Clint Eastwood) in the midst of his own escape. Thunderbolt's old partners in crime, Red (George Kennedy) and Eddie (Geoffrey Lewis), believe he double-crossed them after they robbed a Montana bank vault several years ago. After Thunderbolt successfully pleads his innocence and is let off the hook, Lightfoot rallies them together as a group to rob the very same bank again.