American demolition experts embark on a dangerous mission behind Japanese lines in the Philippines. 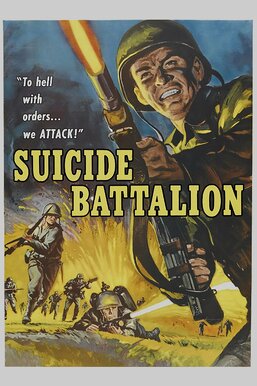 Lt. Matt McCormick (Mike Connors) is in charge of a perilous mission at the height of World War II. He must lead his men to an American base in the Philippines to dispose of important documents and prevent the Japanese from learning U.S. military secrets. The task proves to be a suicide mission. Soon only a few of McCormick's men remain alive. The surviving soldiers struggle to get along, spending their last hours drinking in a saloon and chasing women.