A British spy chief in Berlin sends a U.S. agent to locate the head of a neo-Nazi movement. 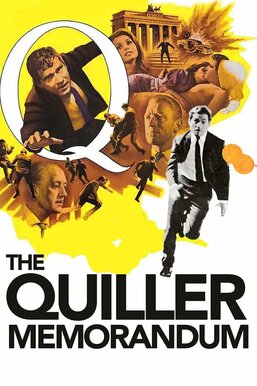 After two British Secret Intelligence Service agents are murdered at the hands of a cryptic neo-Nazi group known as Phoenix, the suave agent Quiller (George Segal) is sent to Berlin to investigate. There, he begins an affair with Inge Lindt (Senta Berger), a beautiful young teacher. However, their lives are put in danger after Quiller is kidnapped and taken to Phoenix's headquarters, where he meets Oktober (Max von Sydow), the mysterious leader of the group.