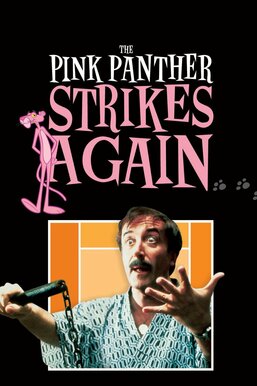 Just released from a mental hospital, Charles Dreyfus (Herbert Lom) intends to off Inspector Clouseau (Peter Sellers), a former underling whose blundering drove the lawman around the bend. Dreyfus captures a scientist, ordering him to create a weapon that will destroy the planet, and threatens world leaders with annihilation unless they hand over his nemesis. Meanwhile, Clouseau goes to England to look for the vanished scientist, and his obliviousness turns out to be an asset.