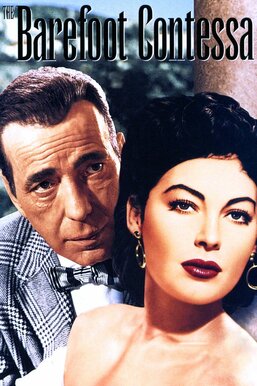 Washed-up film director Harry Dawes (Humphrey Bogart) gets a second chance at stardom when he discovers stunning peasant Maria Vargas (Ava Gardner) dancing in a nightclub in Madrid, Spain. Goaded by his producer, strong-arming Wall Street financier Kirk Edwards (Warren Stevens), Harry convinces her to screen test for, and then star in, his next big picture. But as Edwards' possessive nature and the realities of stardom weigh on Maria, she seeks a genuine lover with whom she can escape.