A woman (Angela Bassett) recalls the 1955 bus boycott in Montgomery. 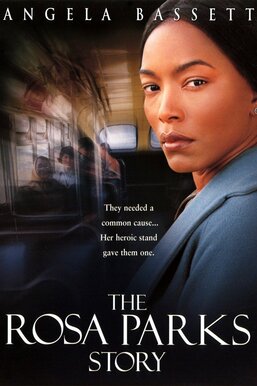 This biopic tells the story of civil rights activist Rosa Parks (Angela Bassett) from her days as a private-school student to her public battle against racism and segregation. As a secretary for the National Association for the Advancement of Colored People, Parks defends local children who have been victimized by racism. But when she is arrested after refusing to give up her bus seat for a white passenger, Parks inspires the 1955 Montgomery Bus Boycott.