Townspeople battle giant man-eating worms which burrow under the desert in Nevada. 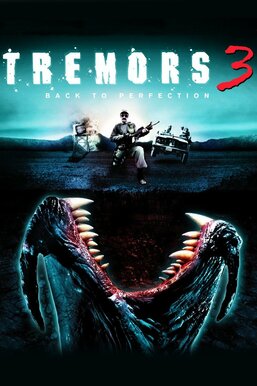 Legendary monster-killer Burt Gummer (Michael Gross) has returned to Perfection, Nev., scene of the original attacks by the worm creatures with razor teeth known as graboids. Sure enough, the creatures attack again, only now they're split into graboids, shriekers and a new mutation known as ass-blasters, which are propelled into flight by combustible flatulence. It's up to Burt, Jack Sawyer (Matthew Seth Wilson) and other locals to save their town from destruction.