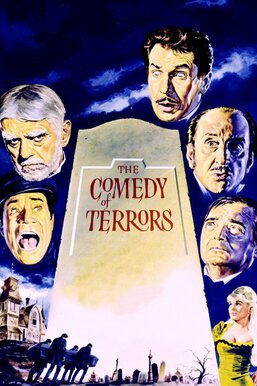 Waldo Trumbull (Vincent Price) is an amoral undertaker in 19th-century New England who takes to murdering people to have enough cash to support his drinking habit. Desperate for money after a widow stiffs him for a burial, Trumbull and his assistant, Gillie (Peter Lorre), decide to kill the wealthy Mr. Black (Basil Rathbone), their landlord, to whom they're indebted. But murdering Black proves to be quite a challenge, as he seems to keep recovering from death every time they do him in.