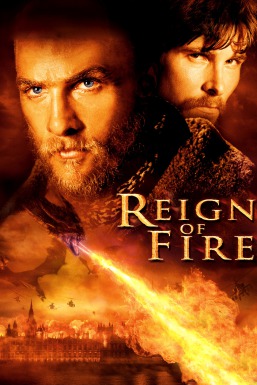 In present-day London, 12-year-old Quinn watches as his mother wakes an enormous fire-breathing beast from its centuries-long slumber. Twenty years later, much of the world has been scarred by the beast and its offspring. As a fire chief, Quinn (Christian Bale) is responsible for warding off the beasts and keeping a community alive as they eke out a meager existence. Into their midst comes a hotshot American, Van Zan (Matthew McConaughey), who says he has a way to kill the beasts.