A waiter (Dana Carvey) battles a criminal by assuming identities. 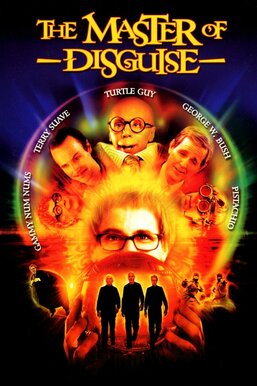 Pistachio Disguisey (Dana Carvey), a genial waiter at his father Frabbrizio's (James Brolin) Italian restaurant, possesses an uncanny knack for mimicry. What he doesn't know is that his talent is genetic, and that he is the descendent of a long line of "Masters of Disguise," all of whom have inherited the secret family gift known as Energico. Initially, Pistachio is a klutz, but little by little, he learns to harness his inherited power, and sallies forth to utilize Energico to its fullest.