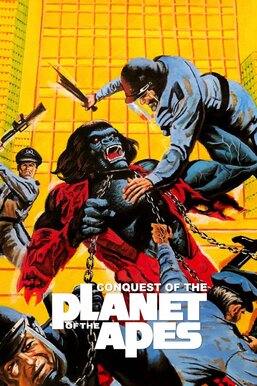 In this third sequel to "Planet of the Apes," the apes turn the tables on the human Earth population when they lead a revolt against their cruel masters in the distant year of 1990. By doing this it creates the time loop that leads to the first film. "Conquest of the Planet of the Apes" is cinematically etched in broad, brash strokes slashing social satire and science fiction suspense with large-scale spectacle.