A lawman (Audie Murphy) without a gun is called in to help a drunken sheriff bring peace to a town. 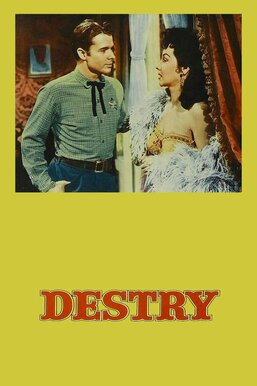 Dishonest mayor Hiram J. Sellers (Edgar Buchanan) and powerful criminal Phil Decker (Lyle Bettger) dominate a small western town. But when the town's sheriff dies under mysterious circumstances, Tom Destry (Audie Murphy), son of a famed gunman, is called in to put an end to the corruption. Destry surprises the townsfolk, however, by preaching pacifism -- until he begins investigating the death of the previous sheriff and realizes that his words may not be enough.