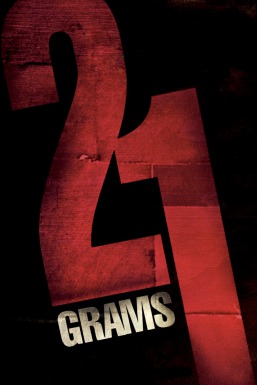 In a film that plays with the idea of straightforward storytelling, a group of troubled people find that they are linked in unpredictable ways. Paul Rivers (Sean Penn) is an academic dealing with a terminal heart condition, but his life is changed by a car crash that seems unrelated to his ailment. The traffic accident, involving ex-con Jack Jordan (Benicio del Toro) and the husband of Cristina Peck (Naomi Watts), is one that ruins lives but ultimately also resurrects them.