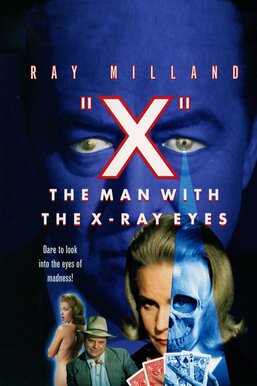 Intent on enhancing mankind's ocular ability, the brilliant Dr. James Xavier (Ray Milland) invents a formula that allows him to see wavelengths of light outside the normal human spectrum. When his funding is suddenly threatened, Xavier tests the formula on himself despite the protests of his colleague Dr. Diane Fairfax (Diana Van der Vlis). While the formula proves initially useful in a variety of minor tasks, Xavier soon finds himself able to see things that no man was meant to see.