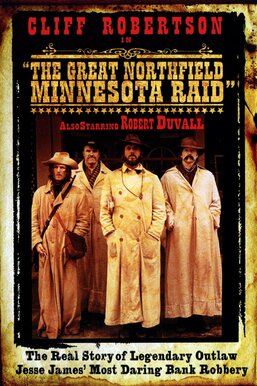 In 1877, Frank (John Pearce) and Jesse James (Robert Duvall) are expecting to receive amnesty from the state of Missouri for all their previous crimes. But the railroad owners whom the brothers have repeatedly robbed intervene, stopping the amnesty and sending the Pinkertons to kill the gang. Meanwhile, Frank and Jesse team up with Cole Younger (Cliff Robertson) and his gang, and plot to rob the biggest bank west of the Mississippi, located in Northfield, Minn.