Arthur (Clive Owen) and his knights embark on a rescue mission. 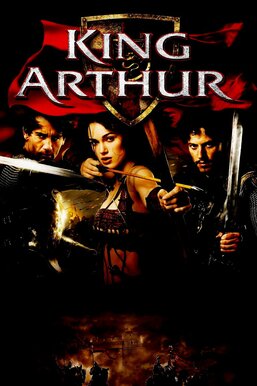 In this interpretation of the classic tale, Arthur (Clive Owen) is a cavalry officer in the Roman army defending Hadrian's Wall against rebellious Britons. He and his troops are expecting to be relieved but are instead sent on a risky mission to rescue the Roman family of Marius Honorius, who proves a despicable torturer of pagans. Arthur frees one of them, Guinevere (Keira Knightley), who in turn brokers a truce between Arthur and the Britons so as to ward off an invading Saxon army.