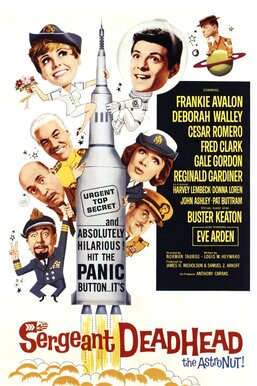 After setting off a rocket during a parade, Sergeant Deadhead (Frankie Avalon) is sent to a guardhouse by his commanding officer, General Fogg (Fred Clark). While attempting to escape, Deadhead accidentally boards a rocket and launches himself into space with a chimpanzee. Deadhead and the chimpanzee are eventually recovered by the air force, but upon his return to Earth, it becomes clear that Deadhead has undergone an unbelievable personality change.