A man (Robin Williams) finds an unexpected connection to his own darkest secret. 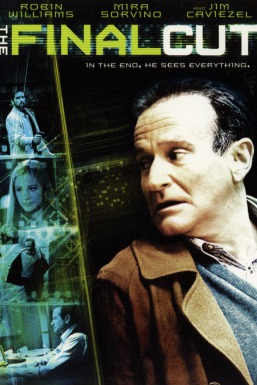 In the future, microchips in people's heads record their experiences. Alan Hakman (Robin Williams), a "cutter," edits footage from immoral dead people into pleasing narratives. Alan is troubled by childhood memories and has a difficult relationship with a bookstore clerk (Mira Sorvino). Fletcher (James Caviezel), an ex-cutter, offers Alan $500,000 for footage of a prominent technology manager. Alan refuses, but when he tries to destroy the footage, he learns a dark secret about himself.