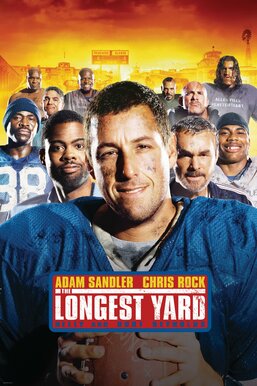 Disgraced pro football quarterback Paul Crewe (Adam Sandler) lands in jail, where manipulative Warden Hazen (James Cromwell) recruits him to advise the institution's team. This turns into a lead role quarterbacking a crew of inmates in a game against a team of prison guards. Aided by incarcerated ex-NFL coach Nate Scarborough (Burt Reynolds), Crewe and his team must overcome not only the bloodthirstiness of the opposition, but also the corrupt officials trying to fix the game against them.