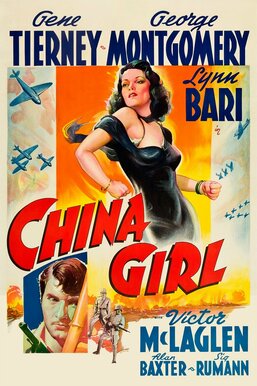 Just prior to the bombing of Pearl Harbor, American news cameraman Johnny Williams (George Montgomery) is kidnapped in occupied China by Japanese military officers. He escapes custody with the help of Bull Weed (Victor McLaglen) and Captain Fifi (Lynn Bari), westerners working with the Chinese rebel forces. His love for Chinese-American beauty Haoli (Gene Tierney) causes him to throw in his lot with the rebels, but he soon suspects that some of his new compatriots may be double agents.