A British recon pilot (Alec Guinness) saves the day for the Allies during the 1942 siege of Malta. 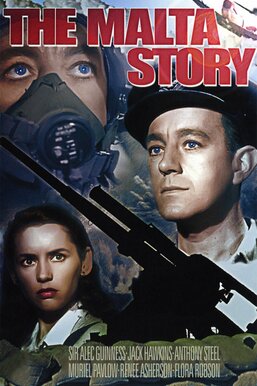 During World War II, British photo-reconnaissance pilot Peter (Alec Guinness) discovers that the Italians are planning a secret invasion of Malta, a strategically important island nation critical to keeping the Allied supply lines open. Though they have few resources left, Peter and his commanding officer, Frank (Jack Hawkins), resolve to fight off the enemy and save the island. At the same time, Peter struggles to keep his relationship with a local girl from falling apart.