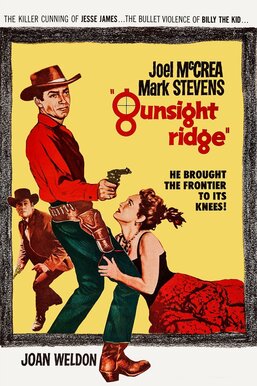 Gunslinger Mike Ryan (Joel McCrea) is intent on bringing the dangerous outlaw Velvet Clark (Mark Stevens) to justice. However, Ryan is at a disadvantage, since he doesn't know what the masked robber looks like. Ryan begins to work with the area sheriff and falls for the lawman's pretty daughter, Molly Jones (Joan Weldon). With Clark hiding in plain sight as a piano player, the criminal manages to evade Ryan for a while, but eventually the two adversaries come face-to-face.