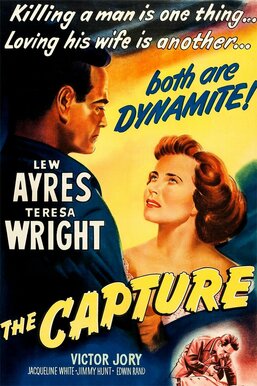 Lin Vanner (Lew Ayres), an American oil worker in Mexico, discovers that company money has been stolen. He confronts who he thinks is the thief and kills the man. Later, realizing he was innocent, Vanner finds his widow, Ellen (Teresa Wright), to inform her. Instead he's mistaken for a man looking for work on her farm, and the two fall in love and marry. When the real robbery culprit is killed, Vanner becomes a murder suspect and takes refuge in the home of Father Gomez (Victor Jory).