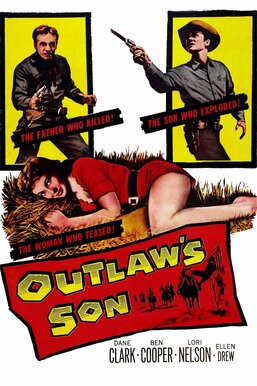 Young Jeff Blaine (Joseph Stafford) is being raised by his Aunt Ruth (Ellen Drew) because his absentee father, Nate (Dane Clark), is an outlaw. When Nate suddenly shows up, hoping to get custody of Jeff, Ruth opposes the idea, and forces Nate to flee by framing him for a robbery. Years later, the adult Jeff (Ben Cooper), who never forgave Ruth for her deception, begins to search for his fugitive father, and becomes an outlaw himself when he engages in an ill-advised stagecoach robbery.