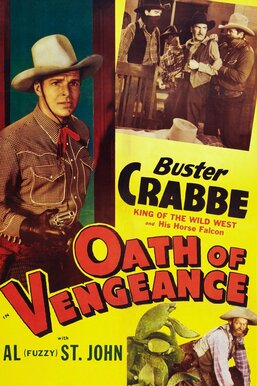 Cowhands Billy Carson (Buster Crabbe) and Fuzzy Jones (Al "Fuzzy" St. John) open a general store together in a town embroiled in a battle between ranchers and farmers. Cattleman Dale Kirby (Mady Lawrence) believes the farmers have been stealing cattle, forcing him to borrow from crooked lender Steve Kinney (Jack Ingram). In truth, however, it is Kinney himself who is behind the cattle thefts. When Billy attempts to mediate, he and Fuzzy find themselves threatened by Kinney.