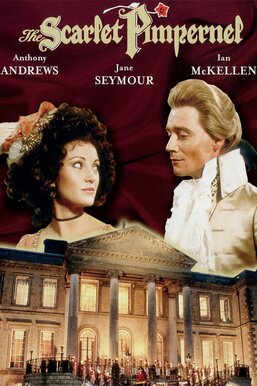 British aristocrat Sir Percy Blakeney (Anthony Andrews) appears to be a vain and shallow man, but, in the guise of his alter ego, the Scarlet Pimpernel, he is a courageous swordsman. As the Pimpernel, Blakeney works to free Gallic nobility from death during the fervor of the French Revolution. However, Blakeney's life of luxury with his beautiful bride, Marguerite (Jane Seymour), is threatened when the French send sinister operative Chauvelin (Ian McKellen) to stop the Pimpernel at any cost.