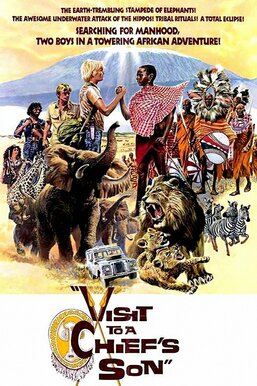 When a Western anthropologist, Robert (Richard Mulligan), brings his son, Kevin (John Philip Hogdon), to Kenya to document an eclipse and a remote Masai tribe's reaction to it, both father and son are in for a serious case of culture shock. Used to Western comforts, Kevin is at first hesitant and uncomfortable among the natives, but the English-speaking son of the tribe's chief, Nemolok (Johnny Sekka), helps familiarize Kevin with his culture, opening his eyes to a new way of life.