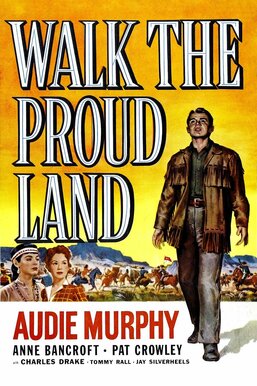 Based on a true story, this film follows John Philip Clum (Audie Murphy), a government official sent to Arizona to broker peace between the Americans and the Apache people. Initially hesitant, the Americans are convinced by Clum to stop fighting, and they allow him to establish a police force on the reservation, trained by Clum's friend Tom Sweeny (Charles Drake). Meanwhile, a romantic rivalry begins between Clum's wife and an Apache woman (Anne Bancroft) who has taken refuge in Clum's home.