This part of director Frank Capra's World War II "Why We Fight" series won an Oscar. 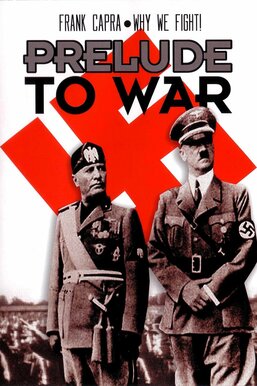 The first of a seven-part propaganda series commissioned by the U.S. government explains to soldiers the necessity of fighting in World War II. Narrated by John Huston, the first part combines stock footage (including Leni Riefenstahl's work) and animation by Disney Studios to provide a basic introduction to the rise of fascism in Europe and Japan and its threat to democracy. Rife with stereotypical images of the period, the series remains a powerful record of an era.