Director Frank Capra's World War II "Why We Fight" series ends with this portrait of the people. 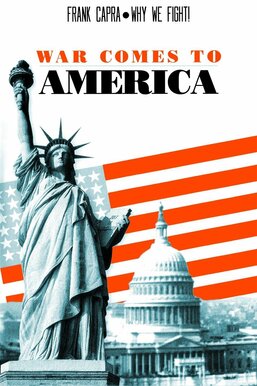 Part of the "Why We Fight" series, Frank Capra's propaganda film argues that the United States is resilient and its population diverse, and that the initial settlements and the Revolutionary War have given way to a nation of many ethnic groups. It examines popular opinion prior to World War II -- when Americans favored isolationism -- and its shift after the attack on Pearl Harbor. It also makes the case that national security interests require America to help defeat the Axis powers.