This part of Frank Capra's "Why We Fight" series shows the Nazis at Moscow and Stalingrad. 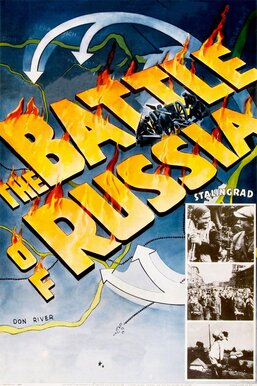 Legendary Hollywood director Frank Capra oversaw this wartime documentary effort, which stitches together newsreel and archival film to explore relations between Russia and the United States. The film also recounts Russia's military history through the use of stock footage and clips from Sergei Eisenstein's "Alexander Nevsky." Particular attention is paid to the Battle of Stalingrad, during which Soviet forces fended off Nazi troops attempting to seize control of the Russian city.