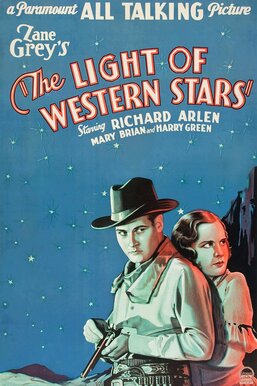 Majesty Hammond (Jo Ann Sayers) has just met rancher Gene Stewart (Victor Jory), but they're already headed to the altar. Though preoccupied by her own relationship, Majesty also wants to break up a romance between her brother, Al (Russell Hayden), and reputed floozy Flo (Ruth Rogers). As things get increasingly complicated at home, Gene goes to Mexico to fight in the revolution. But, when love summons him back home, he and Majesty will be involved in a battle against local corruption.