Three husbands each receive a letter which casts doubt on each of their wives' marital fidelity. 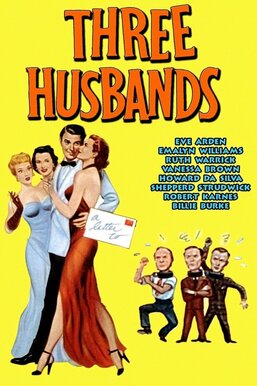 Maxwell Bard (Emlyn Williams) has just died and gone to heaven. When he's granted one last wish, Bard chooses to watch over the events on Earth for one day. Just before he died, Bard gave each of his three closest friends (Shepperd Strudwick, Howard Da Silva, Robert Karnes) a letter detailing the affair he carried on with each of their wives. As Bard looks on, his friends struggle to deal with the implications of the letter, though it's easier for some than others.