Battle footage with commentary on the British-American military campaign in WWII North Africa. 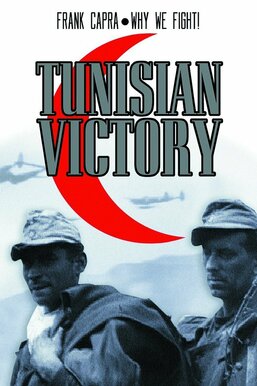 In the autumn of 1942, Allied forces prepare to mount a massive military offensive in North Africa against Germany's Afrika Korps. Two soldiers, one British (Bernard Miles) and the other American (Burgess Meredith), describe their experiences throughout the campaign. Their hopes and fears are revealed as they trace the offensive's progress from its initial stages in Operations Torch and Acrobat to its glorious culmination in the liberation of Tunis.