This shows a Royal Air Force bomber on a mission over Germany, from recon to return. 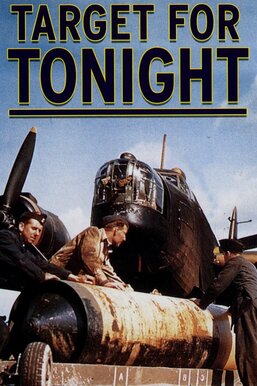 Following a unit of soldiers from the Royal Air Force, director Harry Watt captures from beginning to end the undertaking of a British mission to bomb a strategic German facility during World War II. On location at RAF Bomber Command, Watt manages to record all of the reconnaissance and preparation needed to complete the dangerous but vital mission. Once the commanders decide the strategy, the men board the bomber to destroy their target -- but the Germans are not without their defenses.