An American (Dana Andrews) smuggles data and a woman (Virginia Gilmore) out of Nazi Germany. 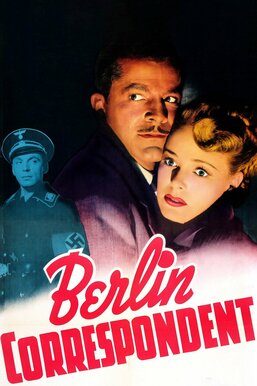 In 1941 Berlin, the Gestapo's efforts to uncover the source of vital information broadcast by American correspondent Bill Roberts (Dana Andrews) remains elusive. The Gestapo colonel in charge of the investigation presses his fiancée, Karen Hauen (Virginia Gilmore), to help and, with reluctance, she agrees. After befriending Bill, Karen discovers how he receives the information, but when she also learns who provides it, she is exposed for the first time to the brutal tactics of her government.