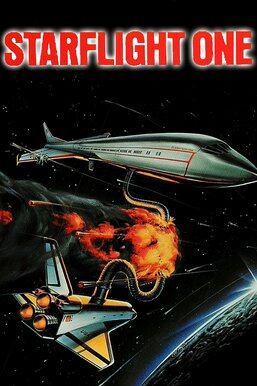 Starflight One, a commercial aircraft that can whisk passengers around the globe in a matter of hours, embarks on its maiden voyage. The trip goes horribly awry, however, when the aircraft is forced out of the atmosphere and into outer space. As it is too dangerous to attempt reentry, Captain Cody Briggs (Lee Majors), his passengers and his crew brave declining levels of oxygen while NASA scientists scramble to launch a rescue mission in a race against time.