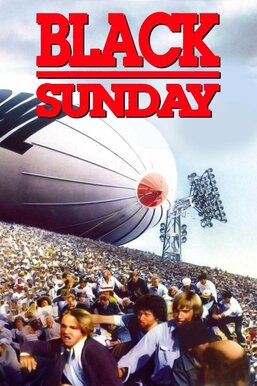 Blimp pilot Michael Lander (Bruce Dern), who has endured the horrors of the Vietnam War, is now psychotic. Hoping to kill himself in grand fashion, he teams with Palestinian terrorist Dahlia (Marthe Keller), who plans on using Lander to set off a bomb at the Super Bowl by crashing his aircraft into the crowded stands. With thousands of lives at stake, Israeli military agent Kabakov (Robert Shaw) teams with the F.B.I. in an attempt to stop Lander's mass murder-suicide.