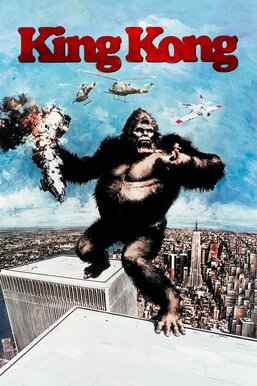 When a research ship is sent to explore an island thought to be rich in oil, paleontologist Jack Prescott (Jeff Bridges) sneaks aboard, having heard strange rumors about the island. En route, the crew rescues Dwan (Jessica Lange), the sole survivor of a shipwreck. When they arrive, they find native people living in fear of a monster called Kong. The natives kidnap Dwan and sacrifice her to what turns out to be an enormous ape. Dwan is eventually rescued, and the ape captured for a gala exhibit.