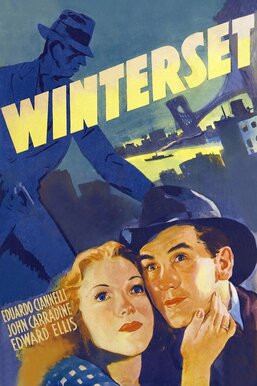 Based on a play that fictionalized the sensational Sacco and Vanzetti trial, this film follows Mio Romagna (Burgess Meredith), a young man who's certain that his father, Bartolomeo (John Carradine), was executed as the result of a wrongful murder conviction. More than a decade after the crime, Mio, piggybacking on the work of enterprising journalists, pursues the case's key figures, reconstructing a web of lies based on greed, incompetence and bigotry against immigrants.