A pirate (Douglas Fairbanks) rescues a princess (Billie Dove) and slides down a sail on a knife. 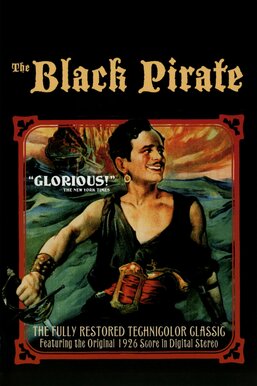 Pirates loot a ship of its riches before blowing it up. Father-and-son survivors of noble birth wash ashore of an island, and the injured father perishes. The son (Douglas Fairbanks) promises to seek revenge by infiltrating the same band of buccaneers and bringing them to justice. Posing as the "Black Pirate," he defeats the captain, captures a merchant ship single-handedly and earns himself a role as their new leader. Unanticipated is a princess (Billie Dove) who needs protection.