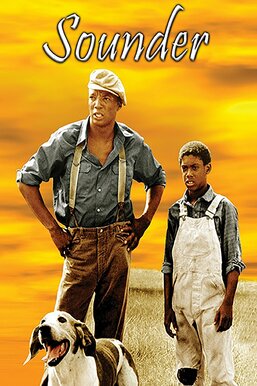 The Morgans, a family of poor black sharecroppers in the Depression-plagued South, struggle to find enough to eat despite the help their hunting dog, Sounder. When father Nathan (Paul Winfield) resorts to stealing food, he is captured by police and sent to prison, and his wife, Rebecca (Cicely Tyson), is left to care for their son, David (Kevin Hooks). Though Sounder has run away, David never gives up hope that his dog will return, just as he believes that he will see his father again someday.