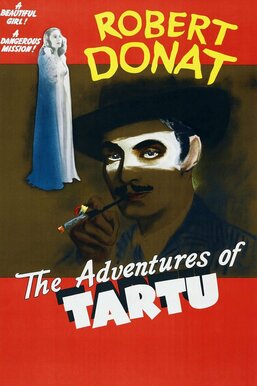 British agent Terence Stevenson (Robert Donat) goes undercover in Romania during World War II, using his fluency in the regional languages to pose as Jan Tartu, a member of the elite Iron Guard. On a mission to sabotage a Nazi chemical-weapons factory, he finds that his new identity makes him a target of the same resistance movement that he is trying to aid. Deceiving both the Fascists and the underground, he walks a dangerous line to complete his assignment.