A teenager (Johnny Nash) tries to find his place as a man in a world he doesn't understand. 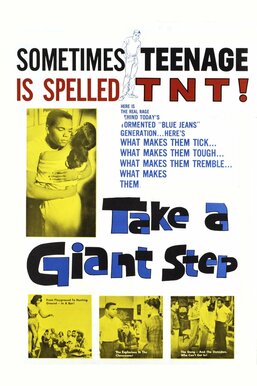 After African-American teenager Spence Scott (Johnny Nash) gets expelled from his private school for arguing with a teacher, he turns to his grandmother (Estelle Hemsley) for advice. Spence, who lives in a genteel white area and has mostly white friends, feels like an outsider. He visits a bar in a black neighborhood, where he meets a few prostitutes, which doesn't help. Eventually, Spence starts a friendship with the housekeeper, Christine (Ruby Dee), who tells him her own difficult story.