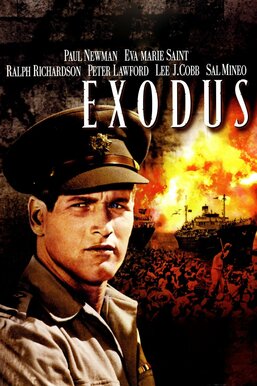 Based on Leon Uris' novel, this historical epic provides a dramatic backstory to the creation of the state of Israel in 1948, in the aftermath of World War II. Ari Ben Canaan (Paul Newman), a passionate member of the Jewish paramilitary group Haganah, attempts to transport 600 Jewish refugees on a dangerous voyage from Cyprus to Palestine on a ship named the Exodus. He faces obstruction from British forces, who will not grant the ship passage to its destination.