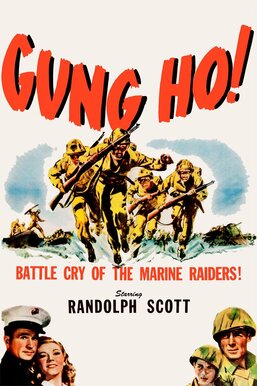 During the Pacific phase of World War II, Marine Col. Thorwald (Randolph Scott) puts together a special strike force to capture the Makin Island, a strategic territory held by Japan. He goes out of his way to select soldiers who are rugged or unbalanced misfits, such as former boxer "Pig-Iron" Matthews (Bob Mitchum) and yokel Rube Tedrow (Rod Cameron). As their raid draws closer, Thorwald dispatches with all ranks and titles, and trains his group using unconventional methods.