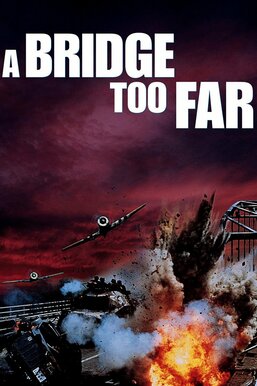 Late in 1944, the Allies seem to have the upper hand in the European land war. A combined British and American paratrooper force, led by American general Gavin and British general Urquhart (Sean Connery), plans to take a highway leading from the Netherlands into Germany, so that British ground troops led by Lieutenant General Horrocks (Edward Fox) and Lieutenant Colonel Vandeleur (Michael Caine) can enter enemy territory. But the Allies soon learn that they may be overconfident.