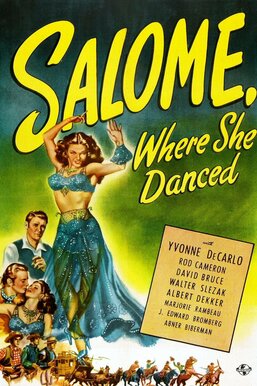 Anna Marie (Yvonne De Carlo) is a graceful Viennese ballerina as known as "Salome." After a prince she loved is killed in the Franco-Prussian war, she falls for an American journalist (Rod Cameron), who leads her into the treacherous world of espionage. When she makes her way to the Wild West, Salome becomes involved with an outlaw named Cleve (David Bruce), whom she tries to reform. Then, to help her theater career, she befriends a Russian diplomat (Walter Slezak), making Cleve jealous.