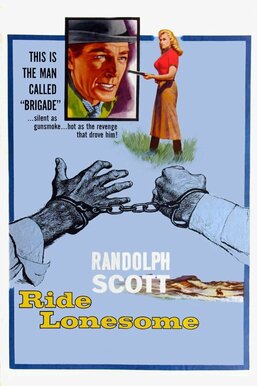 Bounty hunter Ben Brigade (Randolph Scott) is on his way to California with his prisoner, Billy John (James Best), who is unaware that Brigade is really after his brother, Frank (Lee Van Cleef). The pair stop at a frontier post and and find themselves defending the poorly guarded settlement from a Native American assault. When the widow Mrs. Lane (Karen Steele) decides to accompany them to Santa Cruz, Brigade enlists the aid of two outlaws who may have a hidden agenda of their own.